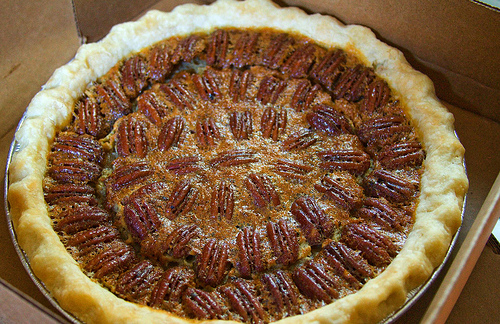 Pecans Could be Important for a Healthy Brain

Eating pecans could be important for a healthy brain and nervous system according to a new study published in Current Topics in Nutraceutical Research. These tasty nuts may even help to slow down progression of motor neuron diseases such as ALS. ALS or amyotropic lateral sclerosis is an incurable disease that causes progressive degeneration of the nerve cells that control muscle movement. Over time, people with this disease can go on to develop complete paralysis. Sadly, there are few good treatments to slow down progression of ALS.

Eat Pecans for a Healthy Brain and Nervous System?

Researchers gave mice bred to develop a decline in motor neuron function various amounts of pecans in addition to their regular diet. One group of mice received no pecans – to serve as a control group.

What did they find? Mice that had pecans in their diet had a slower loss of motor function compared to mice that ate a regular diet without pecans. In addition, mice that ate the most pecans had the slowest rate of decline.

At least in this group of mice, eating pecans delayed the devastating loss of motor function that occurs in diseases such as ALS.

Why is Eating Pecans Important for a Healthy Brain and Nervous System?

Researchers believe it’s because pecans are a good source of vitamin E – a natural antioxidant. Vitamin E helps to protect cells from damage – and is particularly effective for protecting the cell membrane that surrounds all cells. A study carried out in 2004 showed that patient with ALS who took vitamin E supplements for ten years or longer cut their risk of dying from the disease by sixty-two percent. Other antioxidants such as vitamin C failed to show the same benefits.

Other Reasons to Eat Pecans

Could eating pecans be a way to prevent loss of nerve cells with aging? More studies are needed to address this issue – but there are lots of good reasons to eat pecans. Eating one to two ounces of pecans a day helps to lower cholesterol levels. They’re also a good mix of protein, fiber, and heart-healthy fat which could help with weight loss by increasing satiety – but eat them in moderation – they’re not low in calories.

Adding pecans to your diet makes perfect sense. To maximize their health benefits, eat them raw – not roasted. Roasting nuts breaks down some of the healthy, monounsaturated fats that help to lower cholesterol levels. Plus, roasting above 170 degrees causes free radicals to form. Look for raw pecans at your local grocery store or health food store.